Where should I pay attention when applying construction film?

Milin construction film Lamina 110 spider web
For optimal protection, especially moisture, Bide Milin Lamina film 110 as a solution. Lamina 110 is a waterproof vapor-open-film 3-layer PP film of 110 grams, consisting of two geotextiles and a high breathable film. This means that air flow takes place so that the moisture vapor from inside, are passed for proper ventilation. Moreover, this vapor open foil energy-efficient and therefore environmentally friendly, like all other durable

Because of the high water vapor permeability, the possible condensation that arises in the insulation quickly evaporate. Spin nonwoven film can be used on all walls, but also on roofs, for example, in the cottage industry. Due to the water resistance W1 is to attach it to both a hard and a soft surface. Lamina for 110 you have almost no need accessories. The wall film is overlapped and secured with staples. In short, the perfect combination with low-maintenance siding.

Armed film is a vapor-permeable film wall, which is built up from three layers and is used for applications in walls. However, an important detail is that there must be a light gap between the armed foil and hard background. In practice, it is often mounted a wooden rule having a thickness of 20 mm behind the film wall. It is of great importance that there is in front of the correct build-up is selected with regard to the low degree of vapor passage. Armed film distinguishes itself in the large tensile strength. Lamina 125 is often used for new construction and renovation projects.

Open facade film was developed specifically for open wall constructions. The SLIM version is specifically used for open facade constructions where open joint has a maximum of 10% or 10mm. The STANDARD version is focused on maximum joint opening up to 30% or 30mm.
The properties of the open gable foil are, inter alia, UV-stability, durable, water-resistance and mechanical properties. Even after 10 years of intensive load does not have any influence on the quality of the film.

Which film do I have where to apply? 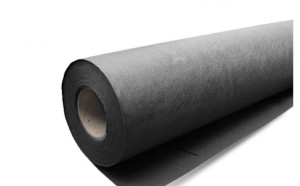 Give you reaction Cancel reply